This programme is designed for those who need to grasp the foundations of Cloud Computing, Cybersecurity, Blockchain, IoT, Robotic Process Automation.

At the end of the programme, the learner will be able to: 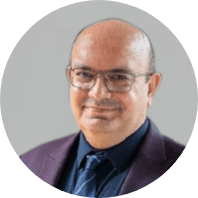 Dr Amirhassan Monajemi is a Senior Lecturer in AI and Machine Learning with the School of Computing (SoC) at the National University of Singapore (NUS). Prior to SoC, he was a Senior Lecturer in NUS School of Continuing and Lifelong Education (SCALE) teaching AI and Data Science to adult learners. Before joining the NUS, he was with the Faculty of Computer Engineering, University of Isfahan, Iran, where he was serving as a professor of AI, Machine Learning, and Data Science. He was born in Isfahan, Iran. He studied towards BSc and MSc in Computer Engineering at Isfahan University of Technology (IUT), and Shiraz University respectively. He got his PhD in computer engineering, pattern recognition and image processing, from the University of Bristol, Bristol, England, in 2005. His research interests include AI, Machine Learning, Machine Vision, IoT, Data Science, and their applications.

He has taught the artificial intelligence courses, including AI, Advanced AI, Expert Systems, Decision Support Systems, Neural Networks, and Cognitive Science since 2005 at both undergraduate and postgraduate levels. He was awarded the best university teacher of the province in 2012. He also has studied Learning Management Systems, E-Learning, and E-Learning for workplaces since 2007.

Dr Monajemi has registered a few patents in the fields of AI, Machine Vision, and Signal Processing applications, including an AI and machine vision-based driver drowsiness detection system and a low power consuming spherical robot. He also has published more than a hundred research papers in peer-reviewed, indexed journals and international conferences (IEEE, Elsevier, Springer, and so on), and supervised several Data Science, IoT, and AI industrial projects in various scales, including Isfahan intelligent traffic system delivery and testing, and red light runners detection. He is experienced in different sub-domains of Artificial Intelligence and Machine Learning, from theory to practice, including Deep Learning, Logic, and Optimisation. 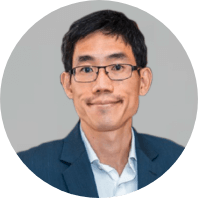 Dr Edmund Low is currently Senior Lecturer with the NUS College at the National University of Singapore.

He has nearly 20 years of academic and professional experience in the use of data-driven tools to answer questions in public health and the environment. His past projects include applying AI techniques and machine learning models for environmental modelling and impact assessment. He currently heads the quantitative reasoning domain at USP, and teaches courses on statistical methods, data science and machine learning. As an educator, Edmund is a multiple recipient of both the USP Teaching Excellence Award, as well as the NUS Annual Teaching Excellence Award. Edmund holds a PhD in Environmental Engineering from Yale University. 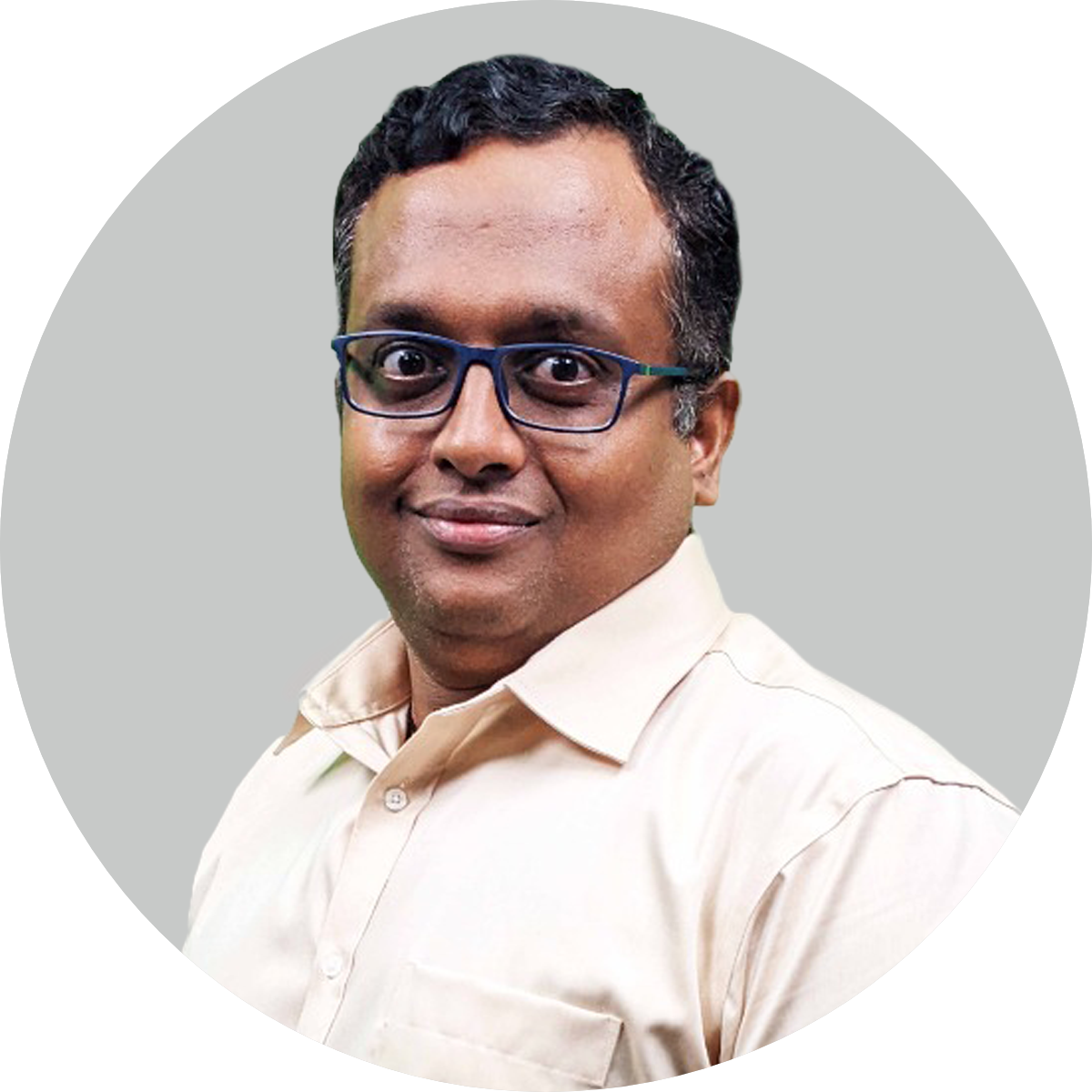 Dr Ganesh Neelakanta Lyer is a Lecturer in in the Department of Computer Science, National University of Singapore. Prior to this, he worked as a lead DevOps engineer at Salesforce.com. He had also served as an Associate Professor in the Department of Computer Science & Engineering, School of Engineering, Amrita Vishwa Vidyapeetham, Coimbatore. He has received his Bachelor’s degree in Computer Science and Engineering (University first rank) from Mahatma Gandhi University, Kerala, India in 2004 and Masters and PhD degrees from National University of Singapore in 2008 and 2012 respectively. He brings in a decade of industry experience in various companies including Sasken Communication Technologies, NXP semiconductors and Progress software. He has handled several roles in the software industry including QA Architect, Technical Support Manager, Engineering development and Technology Evangelist.

Dr. Iyer is active in doing practical industry-oriented research on the above topics of his interest. He also aspires to do research on technological innovations to popularize traditional classical arts such as Kathakali and Koodiyattam.

He has published two book chapters in the “Encyclopaedia for Cloud Computing” in 2016 in addition to several book chapters, journals and conference publications. Dr. Iyer has delivered several practical workshops and talks on various cutting-edge technology topics in many academic and industry events in several countries including USA, Europe, Australia and Asia. Many of these were on the contributions made by him in his industry engagement for software quality analysis with current day software engineering principles such as Agile for application development involving cloud platforms, mobile platforms and IoT based systems.

Dr. Iyer has strong teaching skills and boundless passion for teaching. He was a visiting faculty at IIIT-H (International Institute of Information Technology Hyderabad), and has been teaching various subjects including “Game Theory for Computer Science”, “Computer Networks”, “Advanced Computer Networks” and “Scripting and Computer environments” for which, he has framed the syllabus, developed the materials and references, structured the grading scheme and formulated continuous assessment strategies. Further, he was a member of Board of Studies at JNTU-H (a premium university in India) where he participates in framing the syllabus for the university’s upcoming academic year.

He is also an expert in performing Kathakali, a traditional Indian dance. He has composed a story in Kathakali and he spends a considerable amount of his personal time to uplift this traditional art by organizing Kathakali performances, workshops and demonstrations and performance by himself. He has also composed a Kathakali story “Sri Mookambika Mahathmyam” which has been staged in multiple venues in India. 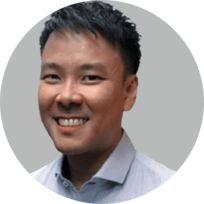 He has over 15 years of experience in cybersecurity, with a keen interest in security incident handling and response. During his 10 years in NUS, he has led a number of investigations for major cybersecurity incidents, including an APT attack on local universities in 2017. He has also conducted guest lectures in NUS, provided mentorship for startups with the ICE71 Accelerate Programme and spoken at various security conferences.

Leong Boon is an alumnus of NUS, having graduated with a Bachelor’s Degree in Computer Engineering. 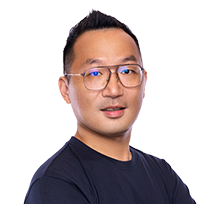 Mr Qiu Kai is the Chief Technology Officer of ANEXT Bank. He is responsible for designing ANEXT Bank’s IT and digital vision to drive business impact, and has developed a robust technology architecture roadmap that supports the full range of digital SME banking services.

As an experienced IT leader, Mr Qiu Kai manages a team to develop, manage and maintain the overall security and technology infrastructure of ANEXT Bank, including cybersecurity and business continuity frameworks and measures. He also provides the right environment and support for the team to deliver innovative solutions within budget and timelines.

Prior to joining ANEXT Bank, Mr Qiu Kai has worked in various leading software companies and banks including Commonwealth Bank of Australia, to deliver on core banking system implementations across Asia Pacific.

Mr Qiu Kai holds a Bachelor of Computing from the National University of Singapore. 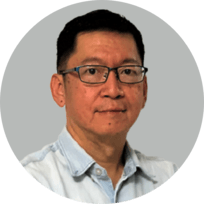 Mr Tan Keok Tay is an Associate Director with NUS Information Technology. He is currently leading a digital enablement team to run Digital Enablement Programme in conjunction with the University’s drive to raise the digital dexterity of the staff in NUS.

The programme includes tools such as Robotic Process Automation (RPA), Data Visualization, Forms & Flows, Survey, and products from Microsoft 365. He conducts workshops and clinic sessions to enable staff to be more effective and productive with the use of the digital tools.

Keok Tay is an alumnus of NUS, having graduated with a Bachelor’s Degree in Computer and Information Science, and a Master of Science in Management of Technology.