UX versus UI versus Design Same-Same But Different 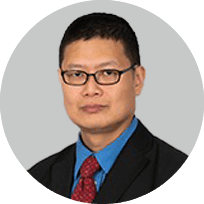 When you do a search on any job portal using the terms “UI”, “UX” and “Design”, you may find numerous job listings describing the “UI/UX Designer” as a single job function. This may lead you to think that UI Design and UX Design are the same thing, and indeed, many companies believe it so. Much like peanut-butter and jelly in a sandwich, or chocolate and avocado in a milkshake, these combinations are lovely when put together appropriately (with sufficient skill of course!), but they are not the same thing, and they certainly should not be regarded as such. “Why not?”, you may ask. Well, while the business functions of UX and UI are complementary, they are not mere labels, and conflicts of interest may arise from competing concerns and priorities between UX and UI requirements. Therefore, regarding them as the same thing tends to gloss over these conflicts, which may lead to other operational problems down the line.

In order to explain these conflicts, we must first explicate what these terms mean. UX stands for “User Experience”, which typically refers to a user’s sensations, emotions and perceptions when interacting with a product or service.

UI, on the other hand, stands for “User Interface”, which typically refers to the methods of interaction such as buttons, display panels or voice commands. UX is concerned with who the user is, what goals the user wants to achieve, and why the user wants to achieve these goals, while UI is concerned with how, when and where the user achieves them. Therefore, it is operationally useful to think of UX as understanding the user as a person (along with the user’s goals, motivations and frustrations), while UI is about understanding the user as the performer of a task (along with the steps and tools required to perform the task).

With this distinction between UX and UI, we can now examine the possible conflicts of interest between the two business functions. One of the main deliverables that a UX designer aims to produce is a detailed analysis of a user (or group of users), so as to create a user persona to guide design decisions. When performing this analysis, the UX designer must also uncover the current ways in which a user achieves his/her goals, specifically with the intention of uncovering the Political, Economic, Social or Technological constraints that explain why things are currently done in a certain way. In turn, this should all be interpreted from the lens of why these factors affect the user’s sensations, emotions and perceptions. Finally, the UX designer then produces a set of requirements and guidelines on what needs to be changed in the user’s environment (via new or improved products or services) to evoke the required sentiment of about the company, its products or services. The UX designer then hands these recommendations to the UI designer, who begins the process of formulating plans on how to achieve them.

Herein lies the conflict: while the UX designer may have an idealised set of guidelines to evoke the required sensations, emotions and perceptions within users, the UI designer may not always be able to find ways of achieving the requirements set out in the guidelines. The UI designer is responsible for creating the blueprints of the environment that the user will interact with, which means that the UI designer is bound by the limits of what is possible to achieve given the resources, which may or may not fulfil the requirements given by the UX designer.

Therefore, when determining how to get to the final implementation, the UI designer may need to prioritise certain requirements over others to emphasise certain outcomes over others, with the intention of producing the best combination of results given the challenges. As design can be defined as achieving goals within constraints, a UI designer has to find compromises and trade-offs while still hitting as close to the target as possible. If the UI designer were also the UX designer, then the designer may decide to disregard certain UX requirements based on their achievability instead of their importance in generating the intended sentiment in the user’s mind. In turn, this may lead to the elimination of really important (and interesting!) design ideas even before they have been explored and realised.

For a UI designer, it is possible to design a product or service without first caring for the user, although typically such an action would result in what many would deem as bad design. For a UX designer, I would argue that it is impossible to design worthy experiences without first understanding the user so deeply that the designer cares enough about the user’s situation to do good design.

Hence, UX design and UI design do complement each other, and they are similar in that they play important parts in the product or service development process, but they are different in their focus and scope, and therefore should be treated as such to prevent operational conflicts of interest from arising.